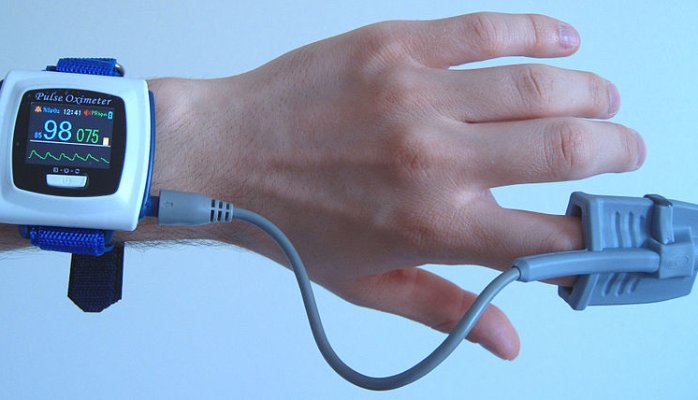 Medical devices may well sound like a modern invention but they have helped us control and treat diseases for centuries. Medical gadgets play a considerable role in our lives, many of them so ubiquitous that we at times take them for granted. Some of the examples for such medical devices include clinical thermometer, hypodermic needle, spectacles, X-ray imaging, blood glucose monitor and many others.

Sales of medical devices have grown at an annual rate of 9 percent for the past decade. It has been estimated that the total cost of quality for the medical device industry—including day-to-day quality costs as well as cost and revenue loss from non-routine events—is at $17 billion to $26 billion per year, or 12 to 18 percent of industry revenue. In a study conducted by AdvaMed, it was found out that during 23-year period from 1989 to 2011, a significant driver of changed medical practice has been the development of new medical devices—from stents to implantable defibrillators to artificial hips and knees to new imaging modalities, diagnostic tests and surgical tools.

Further it has been documented that the average cost to bring a low-to-moderate 510(k) product from concept to market is $31 million. More than 77 percent of that, $24 million, was spent on FDA-dependent or related activities. High-risk Pre Market Approval (PMA) costs averaged $94 million, with $75 million spent on FDA-linked stages, nearly 80 percent of the total cost of bringing devices to market (average cost for FDA to review a marketing application was $870,000 and the average cost to review a 510(k) submission was $18,200).

Manufacturers make decisions about pursuing new devices based in part on the cost of their development. Additional regulatory requirements may escalate these costs, while other incentives, such as tax breaks or market exclusivity extensions, may diminish them. The medical device industry is highly influenced by factors such as country’s GDP, regulatory environment, general healthcare expenditure, level of public spend on healthcare compared to private sector, taxation, population responsiveness of the treatment options and their reception of the certain device based therapy and reimbursement options.

In the recent times, the medical device industry has experienced increasing pressures, including cost competitiveness, globalization and supply chain tiering. If the device development cost is too high, the eventual result may be that consumers are denied access because new products are not developed or brought to market. Access problems have led to proposals for, and the enactment of, incentives to develop medical devices for rare diseases and paediatric populations.

In order to overcome these problems, medical device manufacturers must concentrate on the needs of the customers, product features as well as the product design. Leading companies should try hard to deliver the features their customers most value, at the lowest possible cost. While many companies invest heavily in product cost reduction, they usually do so by examining existing designs and identifying opportunities for incremental savings. Using “Design to Value” concept, companies can first work to understand the likely limits of product cost reduction. Starting with a blank sheet and using knowledge of industry best practices for materials, processing and labor costs, they can further build an estimate of the most efficient way to deliver the desired feature set.

The Indian medical devices sector is worth about USD 3 Billion and is rising at a CAGR of 15%. The medical devices market in India is subjugated by imported products, along with products manufactured using imported material, which comprises approximately 75% of the total sales. The major players in the Indian market are: Hindustan Syringes & Medical Devices, Opto Circuits (India), Wipro GE Healthcare, 3M India, Medtronic, Johnson & Johnson, Becton Dickinson, Abbott Vascular, Bausch & Lomb, Baxter, Zimmer India, Edwards Life Sciences and many others. Although the cost of labor and production in India is significantly lower than other countries, the ultimate price of the goods is on the higher side due to multi-layer and multi-stage levy of indirect taxes. As an end result, the growth of the Indian industry, together with the medical devices industry, has been diminutive.

In June 2015, the Times of India reported that regulators were investigating charges that imported products, such as stents and other cardiovascular implants, were marked up significantly, and that Indian patients paid between three and four times the price of the landed product.  The National Health Systems Resource Center (NHSRC) in India has submitted a new report strongly urging the National Pharmaceutical Pricing Authority (NPPA) to cap the prices of both bare metal and drug-eluting cardiovascular stents. According to the NHSRC, the deficiency of price regulation has led to consumer exploitation, especially with imported stents but according to the manufacturers the report does not consider stent quality or overall hospitalization costs.

As per the Department of Pharmaceutical (DoP) pricing of medical devices should be different from that of drugs. It should be done in such a manner so as to ensure sufficient incentives in terms of returns on investment for the manufacturers. In Jan’ 2016, the core committee under the ministry of health had called for a meeting with the manufacturers of medical devices and stakeholders on the need for capping prices of cardiac stents and implants. The government task force has recommended that prices of medical devices, including cardiac stents and implants, be regulated under a mechanism that is distinct from medicines. The committee has taken the view that costs of medical devices should balance consumer and medical industry interests so that the volume of business provides a sufficient incentive to manufacturers.

The Expanding Role of Real-World Evidence in Medical Devices