Is Off-Label Drug Use Enhancing or Limiting Access for Patients with Rare Diseases? 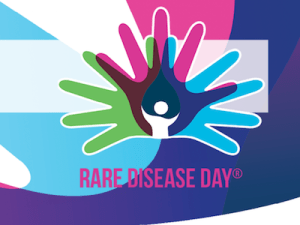 What could be the better time – to talk about patients with rare diseases – than today, on the occasion of 11th Rare Disease Day! (1)

The term ‘rare disease’ is defined as, ‘a disease or disorder affecting less than 1 in 2000 people’. (2) Rare diseases make up for one of the most scientifically complex health concerns today. Currently, about 7,000 rare diseases are known, half of which seem to affect children. (3) Moreover, evidence suggests that almost 95% of rare diseases did not have a single FDA-approved treatment (4) until last year (2017); when FDA’s Center for Drug Evaluation and Research (CDER) approved many new drugs, including some for patients with rare diseases, such as Batten disease, Chagas disease, and hemophilia A with inhibitors. (5)

A lot of patients with rare disease resort to using off-label drugs with limited data, since there is no alternative available. FDA defines ‘off-label’ drug use as ‘unapproved use of an approved drug’, indicating that the drug can be: (6)

Off-label use can be the best available intervention for a patient, as well as the standard of care for a particular health problem. Off-label prescribing mostly has clear therapeutic goals, and in certain practice areas like rare diseases, it is extremely common as well as necessary. Physicians treating rare disease patients strongly rely on off-label drug use. This is because the commercial sponsors often require financial incentives to develop products for small population of patients with rare diseases, which makes it impossible to evaluate products according to ordinary clinical trial criteria. (7) During the 1980s, Congress passed legislation to create incentives for manufacturers for developing products aimed at rare diseases, but many of these diseases still lack effective approved therapies. (8)

Many pharmaceutical and biopharmaceutical companies, academic researchers, patient groups and forums are trying to expedite the development of new treatment options with the help of their ever-increasing knowledge of rare diseases. The Orphan Drug Act of 1983 (9) has been and continues to be a crucial factor in driving treatment innovation for rare diseases. It created economic incentives to promote the development of new treatments for rare diseases, which include 7 years of market exclusivity, tax incentives for certain R&D costs, and user fee waivers. (10) Such drugs that are helpful in treating rare diseases are also entitled for “fast track” FDA review that expedites the review process. (11)

The “off-label promotions” of these drugs lack adequate clinical data, as they are not supported by clinical studies to confirm efficacy and safety. Though FDA provides for a comprehensive review of new pharmaceuticals before they obtain marketing approval, physicians are free to prescribe them for any indication deemed medically fit. This clinical practice of off-label use/prescribing allows physicians to maintain autonomy in the practice of medicine, creating opportunities in which pharmaceuticals can be prescribed for alternative uses, ultimately improving treatment. (12)

While off-label use has proved to be an important resource for physicians, the recently released FDA memorandum highlights the increased possibility of adverse events from off-label use (owing to lack of enough evidence) further stating that, with off-label use, there is a greater potential for wasted health care costs. (13) Unfortunately, the current system does not incentivize the evaluation of already approved drugs in rigorous clinical trials for rare indications. As a result, most rare disease patients never receive a repurposed treatment that could potentially save their lives (which may be easily available at the nearest drug store) and others receive off-label treatments backed by poor clinical data, which were destined to fail from the start. (14)

It is believed that the OPEN ACT (Orphan Product Extensions Now, Accelerating Cures and Treatments) would fix this serious gap in the drug development setting. (15) The legislation, initially passed in the House in 2015 as a part of the 21st Century Cures Act, was later removed before final passage. It is slated to provide six months of extended exclusivity for any FDA-approved drug repurposed for a new rare disease indication. This legislation could also increase the number of treatments available to rare disease patients at a cost that is lower than the average orphan drug price. However, critics argue that this legislation might offer too generous returns against the costs incurred. On the contrary, the OPEN ACT is expected to change this dynamic by repurposing the clinical studies with the help of experts who know the drug and can fund the expensive work. Post approval, these repurposed orphan therapies could present a lower-cost alternative priced for the larger markets, unlike specialized drugs specifically developed only for a rare disease, which often involve high costs and more resources.

Today, patients with rare diseases have pinned their hopes on these upcoming legislations in order to gain access to the best available treatments for their prevailing conditions. We believe that employing the appropriate measures, which will facilitate rigorous and robust research in off-label drugs, could transform the lives of millions of rare disease patients.