How rational is banning irrational drug combinations in India? 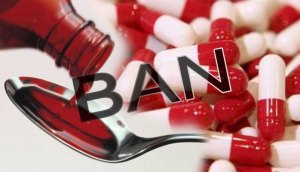 Fixed Dose Combinations (FDCs) refers to the combination of drugs that includes two or more active pharmaceutical ingredient combined in a single dosage form which is manufactured and distributed in fixed doses. Clinical experts believe that these combinations are irrational and launched into the market, devoid of any substantiation. According to the experts, these combinations can be potentially harmful and possibly will involve risk to humans in long term. In 2007, the Central Drug Standard Control Organization (CDSCO) banned around 294 FDCs from sale, as they had under no circumstances been approved by the central regulator but had been given manufacturing/distribution licenses by state drug authorities. FDC manufacturers disputed the ban and obtained a stay from the Madras High Court. A committee was established in 2011 consisting of the members of Parliament to undertake concerns related to CDSCO. In 2012, it issued its report that emphasized on numerous deficiencies in the approval processes of the CDSCO. In respect of FDCs, following was stated by the committee:

“Unfortunately some State Drug Authorities have issued manufacturing licenses for a very large number of FDCs without prior clearance from CDSCO. This is in violation of rules though till May 2002, there was some ambiguity on powers of the State Drug Authorities in this respect. However; the end result is that many FDCs in the market have not been tested for efficacy and safety. This can put patients at risk”

In 2014, the Government of India again structured a committee to assess 6000 drug combinations which entered the market based on mere state regulator’s approval. Policymakers offered pharmaceutical companies a chance to prove the safety and efficacy of these drugs by submitting data on their drugs. The committee was consigned to classify the drugs into rational, irrational, and those drugs that need further studies. Based on the assessment reports, on 10th of March 2016, The Ministry of Health and Family Welfare, Government of India in an avant-garde move banned about 344 fixed dose combination drugs. Overall, trade estimates puts forward that the move might trim off at least Rs 3,800 crore from the Indian market and the trauma may be felt by most companies down to the smallest drug units.

As the CEO of Geronimo Healthcare Solutions, which is being working in the medico-marketing domain since last 5 years now, we have worked for over 30 Indian and global pharmaceutical companies. My personal unpleasant experience happened with #$%@&* Pvt. Ltd. (not mentioning the name of the company), when we absolutely repudiated to disclaim for one of their products, as evidence for individual drugs was not available, which could authenticate the safety and efficacy profile for their wannabe FDC. Even before the project initiation, we told the marketing team lucidly that you can not market this particular FDC only by generating hypothetical synergistic action of the individual drugs, unless it is scientifically documented. It was clearly against the marketing ethics and did not focus on the evidence based medicine (EBM). What happened next? Our project money was never given to us and we were boycotted as vendors from this particular Indian MNC.

Again, I’m glad that in majority of the pharma companies now, marketing department have started working in close collaboration with the medical team and each of their promotional material needs to provide a unique code, which is generated post medical approval. All the claims need to be referenced from sound publications and linked in ZINC to maintain scientific sanctity of the claims.

With this background, I would personally like to recommend following to the healthcare stakeholders:

Along this initiative, Government must:

In the recent times, trends represent bodies such as NICE, SMC and AWMSG use the ideology of Evidence Based Medicine (EBM). The simple principle of EBM states that we should treat where there is evidence of benefit and not treat where there is evidence of no benefit (or harm). Some of the EBM focused organizations issue guidelines to the primary care organizations and hospitals on how to strategize and formulate the formulary so as to enlist the apt medicines with authentic safety and efficacy profile.

An understanding of the evidence base authorizes the practitioner to alter treatment to the situations and risk–benefit profile of the individual patient. The path of EBM ensures better quality of healthcare to the patients, help policymakers to make informed and true decisions which eventually helps in serving patients better.

It is high time that pharma starts thinking about patient centric approach over doctor centric marketing strategy. They should certainly adhere to Uniform Code of Pharmaceuticals Marketing Practices (UCPMP) guidelines laid down by the Government of India (year 2014)