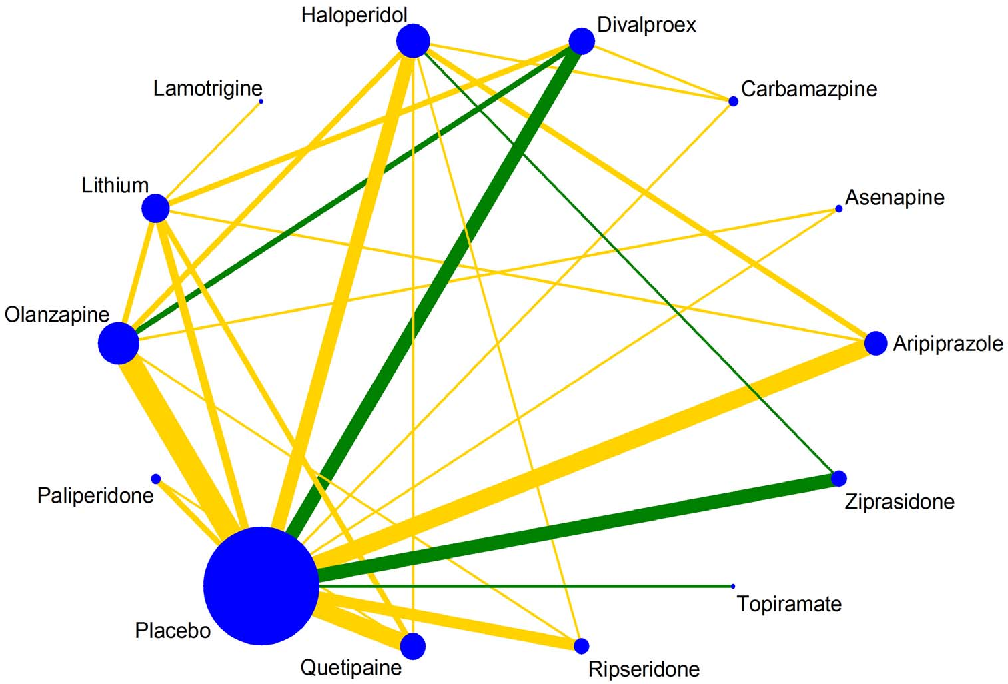 It was recognised at the National Institute for Clinical Excellence (NICE) that there is an increasing need for technology appraisals and clinical guidelines to be informed by integrated analyses, because of the lack of sufficient head to head comparisons of new treatments to inform clinical practice.5 Literature suggests that NMA is a feasible option to inform clinical practice decisions, particularly in cases where several treatments are examined.6,7

NMA includes a combination of direct evidence within the trials and indirect evidence across the trials, thereby providing estimates of relative efficacy between all the relevant interventions, even in cases where there has never been a head to head comparison.1,2,3 In essence, the treatment effects are calculated for all treatments or interventions using all the available evidence in one simultaneous analysis. 6,8

NMA relies on two main assumptions; homogeneity of compared trials and consistency in direct and indirect evidence.7,9 A simple example of a NMA would be as follows. A trial compares drug A to drug B and another trial, including the same target patient population, compares drug B to drug C.  Assuming that drug A is superior to drug B in the first trial, and assuming drug B is equivalent to drug C in a second trial, the NMA allows a potential inference that statistically drug A is also superior to drug C for this particular target population.1,4,8 Therefore; one can say that if drug A is more effective than drug B, and drug B is equivalent to drug C, then drug A is also more effective drug C. 1,4,7

The main advantage of NMA over traditional or pairwise meta-analysis is that it enables some certainty about all treatment comparisons based on the strength of indirect evidence, and it further allows an estimation of the comparative effects, which would not have been examined in parallel group randomized clinical trials.2,4 Overall, NMA potentially enable an assessment of the benefits and harms for more than two interventions for the same clinical condition.

In terms of limitations with NMA, this type of meta-analysis is more likely to be valid when analysing sufficiently homogenous studies that include very similar patient populations.  As NMA increases the number and type of studies being compared and combined, there is more likelihood of studies getting combined, which are heterogeneous.1,3,9  In addition, the various overlapping meta-analyses with heterogeneous findings may potentially confound the readers and decision makers. Further, NMA from a practical point of view is more complex than the conventional pair-wise meta-analysis, and requires more time and resources. The various assumptions underlying conventional pairwise meta-analyses are well researched and understood; however, the assumptions related to NMA are seen to be more complex, leading to misinterpretations.

The methodological work to address the limitations of NMAs is an on-going work, and in light of this fact, researchers and end-users should be cautious when interpreting results from NMAs, as inappropriate combination of studies may result in overestimation of treatment effects and therefore misleading results, with some uncertainty in improving patient outcomes! Nevertheless, NMAs are seen as useful tools that are increasingly becoming attractive because they provide a comprehensive framework for decision-making.

What Is The Importance of Grey Literature Search?

How to Increase the Data Extraction Quality of Systematic Literature Reviews?

How to Optimise Database Combinations for Literature Searches in Systematic Reviews?

Everything You Need to Know About ‘Rapid Review Methods’

What Are The Pros & Cons of Network Meta-Analysis (NMA)?

What All You Need to Know About PROBAST?

How Rapid Reviews Are Assisting in Healthcare Decision Making?