Home
Blog
Health Outcomes
What Happens When Financial Incentives Are Given To Promote Healthy Behaviour?

What Happens When Financial Incentives Are Given To Promote Healthy Behaviour? 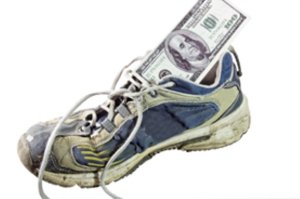 Money drives human behavior so much so that it’s rarely thought about. Two-for-one or super-saver deals on anything right from movie tickets to clothing and other commodities compel the consumer and work–life choices; then why not health behavior? It’s a known fact that individuals smoke or drink less when the government increases tax on tobacco or alcohol. But do they react the same way when financial incentives are provided as part of targeted, personalized health promotion programs? (1)

Many researchers are thinking of using financial incentives to encourage behavioral change. Incentive schemes offering payment and/or rewards are also used, not only to target school non-attendance, promote educational achievement, discourage crime; but also to encourage healthier choices. Furthermore, internationally, novel healthcare models are emerging that depend on financial incentives to encourage individuals to become more responsible for their health. (2,3)

On the other hand, although people have incentives, both financial and health-related, to adopt healthy behaviors; they often fail to do so due to the intangible benefits that eventually result in decision errors. Hypothetically, giving financial incentives may compensate for these decision errors and encourage healthy behaviors. However, this approach is seldom used, often because of moral considerations, or due to the assumption that relapses will occur when the rewards are stopped. (4)

Financial incentive programs are based on economic and psychological hypotheses about what contributes to human behavior; while the former assumes the financial benefit of adopting a healthier lifestyle to increase over the costs of making the change, and the latter offers a possibility of a reward for adopting a healthier lifestyle that might not be preferred by an individual. (1)

A recent study, the largest to evaluate the effectiveness of financial incentives on HIV care-related behaviors, found that paying patients with HIV to keep their viral load under control by adhering to treatment- had the intended effect to a modest extent. This study demonstrated that financial incentives significantly increased by 3.8% of the proportion of patients with viral suppression at financial incentives compared with standard of care (SOC) sites. The effects observed were stronger in patients not consistently suppressed prior to the intervention. Financial incentives also substantially increased the proportion of patients reporting regularly for quarterly clinic visits. However, they did not have a significant effect on linking HIV- positive individuals to care, when compared with linkage at SOC sites. (5) Although incentivizing patients for treatment adherence may seem appalling, this may be a reasonable approach when current cost of medications are considered. Obviously, a formal cost-benefit analysis will need to allow for any costs saved by the reduced rate of HIV transmission and complications in those newly suppressed individuals. (5,6)

We feel that, financial incentives are more practical and effective in restricted circumstances where the tasks are simple and time-bound, and less effective where the behavior change required is difficult. These incentives should be selectively applied to promote better use of health care services. Moreover, there is a possibility of these incentive programs rubbing some physicians in a wrong way – whether it’s a apprehension for fraud, or that efficacy will diminish over time, or that the same incentive won’t work on individuals of different means, or simply that paying people to do what they should be doing anyway seems wrong. Additionally, there is lack of evidence to make definitive conclusions about the conditions to make incentives effective. All these factors warrant for further research to understand at which stage the incentives will be most effective in encouraging the adoption of healthier behaviors and whether long-term incentive schemes can enable people to maintain changes in behavior. (1)

How Integration of Multiple Data Sources can Improve Patient Insights?

How to Improve Healthcare Outcomes with Key Analytic Tools?