Home
Blog
Biobetters
How Are Biobetters Different From Biosimilars? 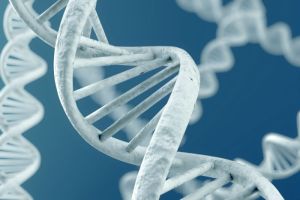 The biologics market is rapidly growing, at almost twice the rate of pharma industry. Estimates are such that 7 of the top 10 global medicines by spending will be a biologic within the next 5 years. To add to this, a new class of biologics, known as “biobetters”, is being introduced that could compete with biosimilars for market share. While the term “biosimilar” is used for a drug that is highly similar to its reference, with no clinically significant differences from the originator product, the term “biobetter” applies to a therapy resulting from intentionally altering a biologic product improving its clinical effects, requiring less frequent administration, or enhancing tolerability. (1)

A biobetter is a recombinant protein drug from the same class as an existing biopharmaceutical but is not identical; it is superior to the original. (2) It isn’t exclusively a new drug, neither a generic version of a drug. Biosimilars and biobetters are both variants of a biologic; with the former being close copies of the originator, while the latter ones have been improved in terms of efficacy, safety, and tolerability or dosing regimen. (3)

To cite an example, Roche’s Ado-trastuzumab Emtansine (Kadcyla), an antibody-drug conjugate, classifies as a biobetter of Trastuzumab (Herceptin, also developed by Roche), that has been reported to hinder disease progression in HER2-positive patients with advanced cancer. Another such product is Obinutuzumab (Gazyva), a biobetter of Rituximab with a different method of action, reportedly less immunogenicity, and greater cytotoxicity than Rituximab. Since these 2 biobetters seem to be superior to the originator biologics, the term is largely used for marketing. There is no regulatory pathway to prove that an altered biologic is “biobetter” than the innovator one, although guidelines are in place for demonstrating bio-similarity of molecules.(1)

Regulatory authorities such as US FDA are authorized to develop approval pathways for biosimilars, but the process is complicated and must address many concerns. Some drug manufacturers, however, are opting to invest in the development of biobetters instead of waiting for the regulatory process to be completed. For instance, they can be targeted to improve pharmacodynamics in order to have less frequent dosing or reduced side-effect profiles or even sustained or slow release formulations. (2,3)

Novel biobetters possibly will provide value to patients through improvements in ease, irrespective of their improved value over originators. For manufacturers, it is necessary to optimize the clinical trial program to ensure earlier market entry. In case of payers, the willingness to pay (WTP) for a biobetter will be directly proportional to its efficacy over the originator. Assigning irrelevant elevated cost for a biobetter cannot achieve the desired commercial success in a competitive market, unless it can be justified on more levels than just primary efficacy outcomes. In the biologics market, differentiation and not just innovation will play a role to command higher prices. (3)

Biobetters can surely face commercial success since existing treatments are not perfect. However, market understanding and developing products that offer similarity or superiority in some clinical domains will be helpful. This can be achieved by paying attention to certain considerations, viz. identifying and addressing unmet needs by engaging with clinicians and payers, addressing non-responders to current treatment, i.e. focusing on patient sub-populations that may not be responding well, or well enough, to current standards of care. Finally, securing market access for a biobetter requires scanning the market landscape for competitor products. (3)

Biobetters are more advanced originator biologics that potentially offer added benefits to patients as well as payers. Higher or fine pricing can obstruct patients gaining access to these ground-breaking treatments, which is why firms need to provide the right evidence and strategy to secure market access.

How to Improve Transparency with RWD to Support Market Access?

How Innovative Alternate Payment Models Are Bringing Change In Healthcare?

How Integration of Multiple Data Sources can Improve Patient Insights?

How to Improve Healthcare Outcomes with Key Analytic Tools?

What Happens When Financial Incentives Are Given To Promote Healthy Behaviour?

Biosimilar: Does It Burn Your Pocket?